It’s a historic movement for students in India. who always dreamt of changing the Indian education system. Voila, dreams do come true. The fascinating education structure has made everyone go back to school to enjoy there goldens days with fun again. Ugh, can’t possible but we can definitely see through from our next generation. “All work and no play makes Jack dull boy“. I think this proverb will not be used anymore. The education system has made it so fun and interesting that children won’t get bored.

Benefits of learning the Korean language

The noise of K pop has won many armies. It’s good news for all the army K lovers to explore this language to try their luck in the K industry with Indian taste. This has made the Indian Korean relationship stronger by introducing this language from the secondary level. South Korea is attracting many audiences all over the world from it’s K beauty, Kdrama, K pop, and many more. This will benefit India in exchange of ideas and manpower without any language barrier. This will encourage people to learn a new language to step into a global platform. A huge benefit to K fans who wanted to learn Korean for their idols will prove a cherry on a cake to increase job opportunities in a Korean company in India. India has known to be the headquarters of many renowned Korean companies.

The new education policy (NEP) offered several languages at a secondary level like french, german, Spanish including Korean as well. This has opened many opportunities to Indian students. Recently, The Republic of Korea’s Ambassador to India, Shin Bong-Kil, on August 03 stated that the South Korean government is thinking to establish a Korean language institute in Delhi.

The new education policy of India has made India Korea bond stronger. The student exchange program and various doors have opened to Indian students to spread their creative wings at the global level.  Including Korean in a list of secondary foreign languages is the best way to enhance students’ skills and interest in other cultures. 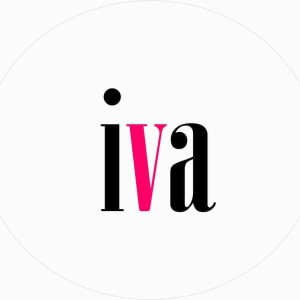 As always, thank you so much for stopping by♥

Itaewon class & Because this is my first life review

How to recycle an old T-Shirt

What I learned?| 2020 Life Lessons By Iva Founder

10 Kannada proverbs I learned from my mother

Which color suits you best according to your skin tone?

Learn 10 skills to level up in lockdown

Is he treating you right?

Only 4 tricks to achieve any goal, Why people don’t succeed?